Age no barrier for Mancini 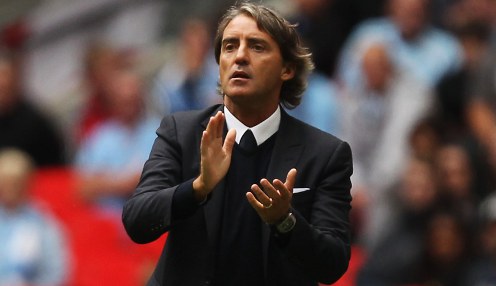 Inter Milan coach Roberto Mancini has said his priority is to find an experienced midfielder who can make the same impact as Andrea Pirlo.

Italy veteran Pirlo this week guided Scudetto winners Juventus to the Champions League final and, aged 35, is showing no signs of slowing down at the back-end of a glittering career.

“Important players of 32-33 years of age can still make a difference for Inter. It could [be Toure]. He’s a great player, but he is a player for City, we will see.”

Mancini has been credited with an interest in re-signing Ivory Coast international Yaya Toure, who won the Premier League and FA Cup when the Italian was in charge of Manchester City.

He said Pirlo had set the blueprint for experienced midfielders in the art of extending their careers at the highest level, but refused to expand on his interest in Toure.

“Pirlo is one of the greatest midfielders of the past 15 years,” he said. “Leaving Milan not everyone thought he had made the right choice, but Juventus did even better.

“If we find a player like that, so be it. Important players of 32-33 years of age can still make a difference for Inter. It could [be Toure]. He’s a great player, but he is a player for City, we will see.”

The Milanese giants are on a seven-match unbeaten run, including a 2-1 win at third-placed Lazio last weekend, but Mancini said champions Juve will provide a much bigger test on Saturday.

“Juventus will be tough because reaching a final creates a great mood about the place,” he told reporters. “Whoever plays will give 100 per cent.

“The team has improved and become exactly that – a team. We still have to work on some weaknesses.

“The rivalry between Juventus and Inter needs to stay on the pitch and I think it can add spice to the game.”

Inter Milan are currently priced 1.90 in the match betting and the draw outcome is quoted 3.40. Juventus are available to back at 4.20.