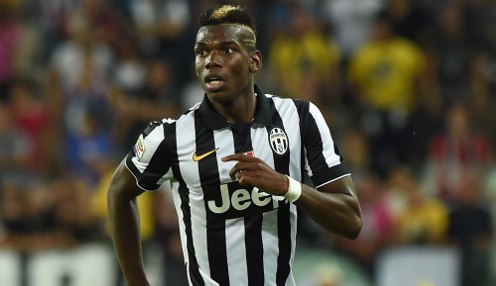 Juventus head coach Massimiliano Allegri accepts that it may be difficult for his club to resist a huge offer for their talented young French midfielder Paul Pogba.

The 22-year-old is reported to be attracting interest from both Spain and England, with Juve bracing themselves for a summer fight to keep Pogba at the club.

When you talk about certain figures, it’s difficult to say no.

And Allegri, who led the Biancocelesti to a domestic double and the Champions League final, told the Gazzetta dello Sport: “A Pogba transfer? Obviously it would be a decision made by the club and not by the technical team.

“When you talk about certain figures, it’s difficult to say no. But if Paul remains in Turin, he should do it with the right mentality and without having any regrets.”

Meanwhile, Boca Juniors have admitted that they would like to bring Juve striker Carlos Tevez back to Argentina.

Secretary general Cesar Martucci told Calciomercato: “We’ve already spoken with Juventus and made contact with the player, but we have to be careful not to create expectations we then can’t live up to.

“Tevez has another year on his contract with Juventus and we respect that. We can’t get involved in their business and interfere.”

Tevez has also been linked with a summer switch to Atletico Madrid, having scored 39 goals in 66 Serie A appearances during his two seasons in Turin.