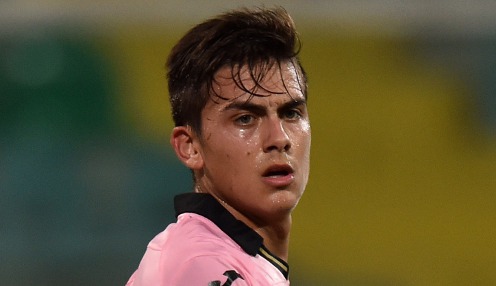 Juventus have started to plan for next season by announcing the capture of Paulo Dybala from Palermo on a five-year contract.

The 21-year-old Argentinian striker moves to Turin in a 32million Euros deal.

Dybala has scored 13 goals this season and has evolved into one of the brightest young talents in Serie A following his transfer from Argentine Instituto almost three years ago.

“Juventus are the side who wanted me the most,” said Dybala. “They made a real effort to sign me and this is why I made my decision.

I know that to play for Juve, I have to do much more and I’m sure I can improve a great deal.

“It will be impossible for me to forget everything I’ve experienced in three years at Palermo.

“I was happy from the very first day. I know that to play for Juve, I have to do much more and I’m sure I can improve a great deal.”

Juventus have already won the Serie A title and beat Lazio in the Coppa Italia final last month.

They are 3.40 to beat Barcelona in the Champions League final in Berlin on Saturday and complete a notable treble. Barca are 1.72 to clinch the La Liga title next season.