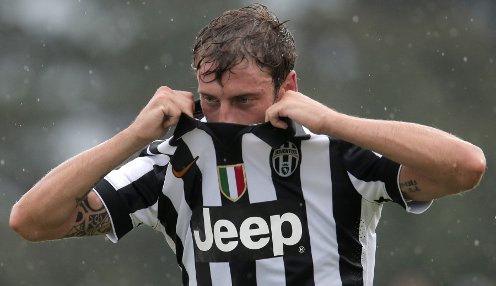 Juventus are hopeful that midfielder Claudio Marchisio will be back in action sooner than expected after suffering a knee injury while with Italy.

Initial reports from the international camp suggested that the 29-year-old could be sidelined for as much as six months, but Juve are hopeful that Marchisio has not suffered any serious damage to his right knee.

“The 29-year-old then underwent an MRI scan on his right knee this evening. The tests, supervised by Dr Carlo Faletti at Turin’s Fornaca Clinic, ruled positive, excluding the possibility of a tear to the anterior cruciate ligament.

“Marchisio will now rest and his condition is to be monitored on a day-to-day basis.”

Things had previously looked bad for Marchisio after tests while still with Italy appeared to show major ligament damage.

Azzurri doctor Enrico Castellacci had said in a statement from the Italian FA: “An MRI scan was performed immediately at the Fanfani Institute in Florence, which showed a rupture of the anterior cruciate ligament.”

Juve are set to retain their Serie A title in style this season, while they have also reached the Champions League quarter-finals, where they will take on Monaco.

The Bianconeri are 1.36 to reach the semi-finals of the competition and are 8.00 to win the Champions League this season, with Monaco 67.00.