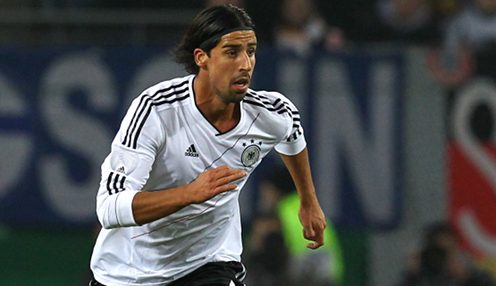 The 28-year-old will bring down the curtain on a frustrating spell with the La Liga giants at the end of June to join the recently-crowned Scudetto champions.

The former Stuttgart favourite failed to win a regular start under Carlo Ancelotti and made no secret of his desire to quit the Spanish capital in search of regular football, while Arsenal were credited with an interest in the Spanish title winner.

Champions League finalists Juventus have agreed a four-year deal with Khedira and the World Cup-winning midfielder says he is already looking forward to the start of the next chapter in his career.

Khedira revealed he decided against a return to the Bundesliga to join Schalke and told a media conference ahead of Germany’s Euro 2016 qualifier with Gibraltar in Portugal on Saturday: “I am very happy this is now fixed and I can now prepare myself for my new club.

Asked about the interest from Schalke, Khedira added: “I had good talks with Schalke but with the changes, especially the dismissal of [coach Roberto] di Matteo, it was no longer as I had imagined.

“I think Juve suits me.”

Khedira moved to the Spanish capital from his hometown club Stuttgart in 2010 and won La Liga, the Copa del Rey and Champions League for Los Blancos, but played only 17 times last season after a series of injuries.

Juventus are currently priced 17.00 to win next season’s Champions League and Germany are quoted 4.50 in the Euro 2016 outright winner betting.