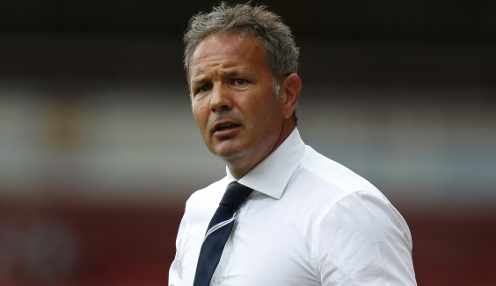 New head coach Sinisa Mihajlovic is relishing the challenge of getting Italian giants AC Milan back on track, after signing a two-year contract with the Rossoneri.

Mihajlovic, a former Inter Milan player, who has succeeded Filippo Inzaghi at the San Siro, was of charge of Sampdoria last season and led them to seventh place in the Italian league.

The 46-year-old previously enjoyed spells in charge of Bologna, Catania and Fiorentina, while between April 2012 and the summer of 2013 he was the head coach of Serbia, who failed to qualify for the 2014 World Cup finals.

Mihajlovic had already made known his wish to take charge at Milan, telling the Italian media a fortnight ago: “Milan is a stimulating adventure that I could really enjoy. I felt ready last year and two years ago. I always feel ready.

“If it was up to me, then I’d have been the coach of Milan or some other big club ten years ago.”

Last season Milan finished way down in tenth place in Serie A, missing out on European competition again, having ended in eighth place 12 months earlier.

And their poor record last term was enough to end the reign of former Rossoneri ace Inzaghi after just one season.

He had previously pleaded for more time to get things right, telling the club’s official website: “We’ve had a lot of players out injured this season and this would have been hard for any coach to deal with.

“But I believe that with a few additions this summer, this team can return to do well.”