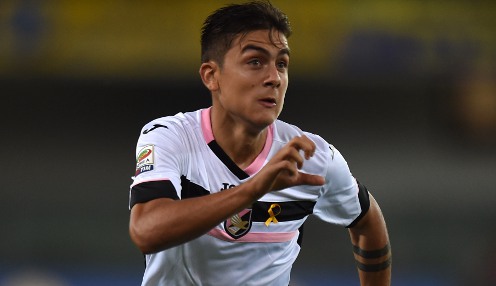 Palermo director Dario Baccin is confident that his club will find a way to keep in-demand striker Paulo Dybala happy, even if he decides to move on in the summer.

The 21-year-old has netted 12 times in Serie A this season to provoke interest from around Europe, with Barcelona and several English Premier League clubs reported to be monitoring the situation.

And those suitors were given added heart due to recent problems between Dybala and his current club, but Baccin is now confident that a suitable solution for all parties will be reached.

He told the Italian media: “The matter of Dybala is being followed directly by the president (Maurizio Zamparini). After a period of friction the relationship between the club and the player is now relaxed again.

“We’re working to find the best opportunity for him and for Palermo. There is a gentlemen’s agreement.”

Dybala had previously made clear his interest in playing alongside Lionel Messi at Barca by saying: “I’d be willing to swim to Barcelona if they called me. After all, I’d just have to cross the Mediterranean.”

Argentina-born Dybala joined Palermo in the summer of 2012 from Argentinian side Instituto, with the talented frontman also eligible to play international football for Italy in the future.