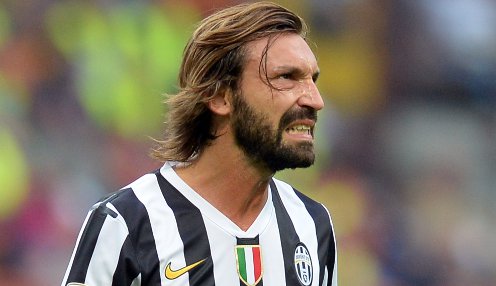 Juventus coach Massimiliano Allegri has conceded he does not know whether Andrea Pirlo will feature for the Italian champions next season.

The Italy international has been instrumental to the Old Lady’s success since making the move to Turin from AC Milan in 2011, helping them win four successive Serie A titles.

The 36-year-old was hoping to collect a third Champions League title on Saturday night with Juve against Barcelona having won it twice with Milan previously but it was not to be as the Spanish side ran out 3-1 winners in Berlin.

The final looks as though it could be Pirlo’s last game for Juventus amid speculation he could make the move to the MLS this summer.

Allegri admits he is unsure whether he will be able to call upon the midfielder again next season but is confident the team can progress whether Pirlo stays or not.

“As far as Pirlo is concerned, I can’t give you an answer I’m afraid,” Allegri said.

“As for Juventus, I think we can improve still. Not necessarily results because that would mean winning all three trophies.

“What we can improve is the quality of our game. We can consolidate and strengthen our way of playing and stay among the top eight teams in Europe on a regular basis.

“This is the most important objective for the club.”

Allegri went on to say that he felt it was only the “minor details” that prevented Juventus from winning the Champions League and completing the treble for the first time in their history having already collected the Serie A and Coppa Italia this season.

Juventus are 17.00 to go one better and win the Champions League next season after losing their sixth European final, while Barcelona are 4.50 to retain their title.