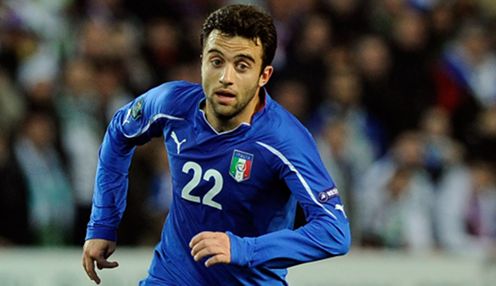 Fiorentina’s Giuseppe Rossi is delighted to be back in action after long-term injury, with La Viola head coach Paulo Sousa also pleased with the striker’s return.

The 28-year-old had been sidelined for nearly a year due to serious knee problems, but the Italy international was able to feature as a last substitute in a 2-0 pre-season friendly win over Serie A newcomers Carpi.

It’s always a pleasure to see a champion like Rossi on the field.

And a delighted Rossi told his club’s official website: “Finally I am back on the pitch. It wasn’t easy against a Serie A side like Carpi, but I was so happy.

“These months have been very tough, but finally I got the right opportunity to step back on to the field.

“Now I’m working to find my best form as soon as possible. The fans are great, as are my team-mates, and I thank everyone for their support.”

Rossi joined La Viola in January 2013 from Spanish side Villarreal, having previously played in Italy during a loan spell at Parma.

Meanwhile, coach Sousa is looking forward to being able to select Rossi on a more regular basis in the coming months, adding: “It’s always a pleasure to see a champion like Rossi on the field.

“We need Rossi’s talent, so are working towards increasing his playing time until he can have a full game at a good level.”