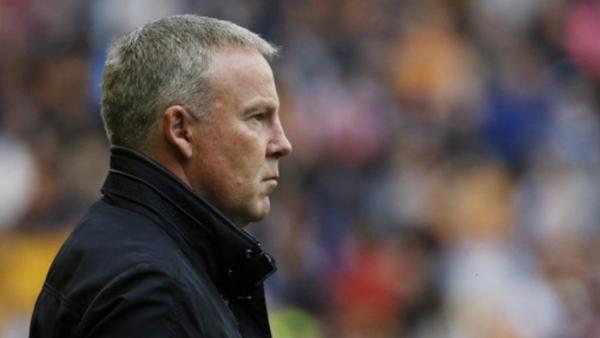 Can Potter take Brighton to the next level?

Watching Brighton’s 1-3 defeat to Chelsea on the opening day of the Premier League season conjured up plenty of deja vu thoughts with both teams. Chelsea’s desire to simply score more than the opposition, and Albion’s rather frustrating knack of playing well and losing. Manager Graham Potter said his team matched Frank Lampard’s for long periods of the game, but the seaside club can be frustrating.

Especially as they had more possession in the 90 minutes.

Brighton need to progress from a club fighting relegation to one that is steady in the league every season. Potter stressed the financial implications were massive following last term’s drab 0-0 against Newcastle to ensure another season in the top flight. With that in mind, I cannot see how the Carabao Cup features in Potter’s plans at all – especially as they will have less than 72 hours to face Newcastle – a game they should target for the points.

On the plus side, the Seagulls have some good young players in Tariq Lamptey and Ben White – who probably won’t start on Thursday with the weekend’s fixture in mind. New signing Adam Lallana unfortunately picked up an injury on his debut, and that will be a worry with how fit the 32-year-old will be for a busy season.

I’ve covered League One for many seasons now, and Portsmouth just cannot get out of the division. Kenny Jackett has a year left on his contract, and whilst most Pompey fans are counting down the 12 months longing for a more attacking brand of football, Jackett is determined to get the club over the line and into the Championship.

Saturday’s league opener was typical Portsmouth in drawing 0-0 at home to Shrewsbury. Typical in the sense they tend to start a season in such a slow manner, and the game was far from being easy on the eye either with a series of long balls punted up the field. Jackett’s negativity cost them in the playoffs in my opinion as he never really “goes for a match”, so it will be interesting to see the approach for Thursday.

Jackett fielded three of his big-name attackers in the Carabao Cup first round 3-3 at Stevenage – with Ronan Curtis, Gareth Evans and John Marquis all scoring. Curtis is their best and most creative player down the left and expect a lot of attacks and raids to go down that side early. Pompey can be predictable, and they tend to always play a 4-2-3-1.

I like getting a feel for a market on instinct straight away, and my first impression of Brighton’s price at [1.76] was reasonable – as odds-on pokes go.

Yes, their home form was a cause for concern in the PL, but compared to a few other teams’ prices against lower league opposition over the past two days, it certainly will have a few backers compared to the ultra-short odds of Everton and West Brom at [1.20] and [1.33].

Opta stats heavily point to the hosts taking this too; as Brighton have won eight of their last nine League Cup ties against sides from lower divisions. They also have an excellent record against Portsmouth; winning all three of the previous meetings between the pair.

Pompey have only reached the third round of the League Cup in one of the last nine campaigns, and whilst Jackett has a fair win ratio as manager at 52%, his lack of forward options makes it hard to see them scoring here – even against a team that are likely to make wholesale changes.

This could be the sort of match to try and trade for a green book on the 0-0 Correct Score from an initial starting point of [11.0]. I like to see a bet in that market through to around 20 to 25 minutes to start getting some/or all of your stake back, especially if Portsmouth play how they often can in League One – negative but organised.

Brighton’s lack of goal activity is another reason to consider that bet, especially as just 36% of their home games last term went over 2.5 goals.

Potter started two up front against Chelsea, so there could be a bit more of an attacking intent from the hosts, but I quite like the Under 2.5 Goals at [1.85] in what could potentially be a low-scoring affair with the hosts enjoying plenty of possession.