Mansfield v Northampton: Clough’s side to put noses in front 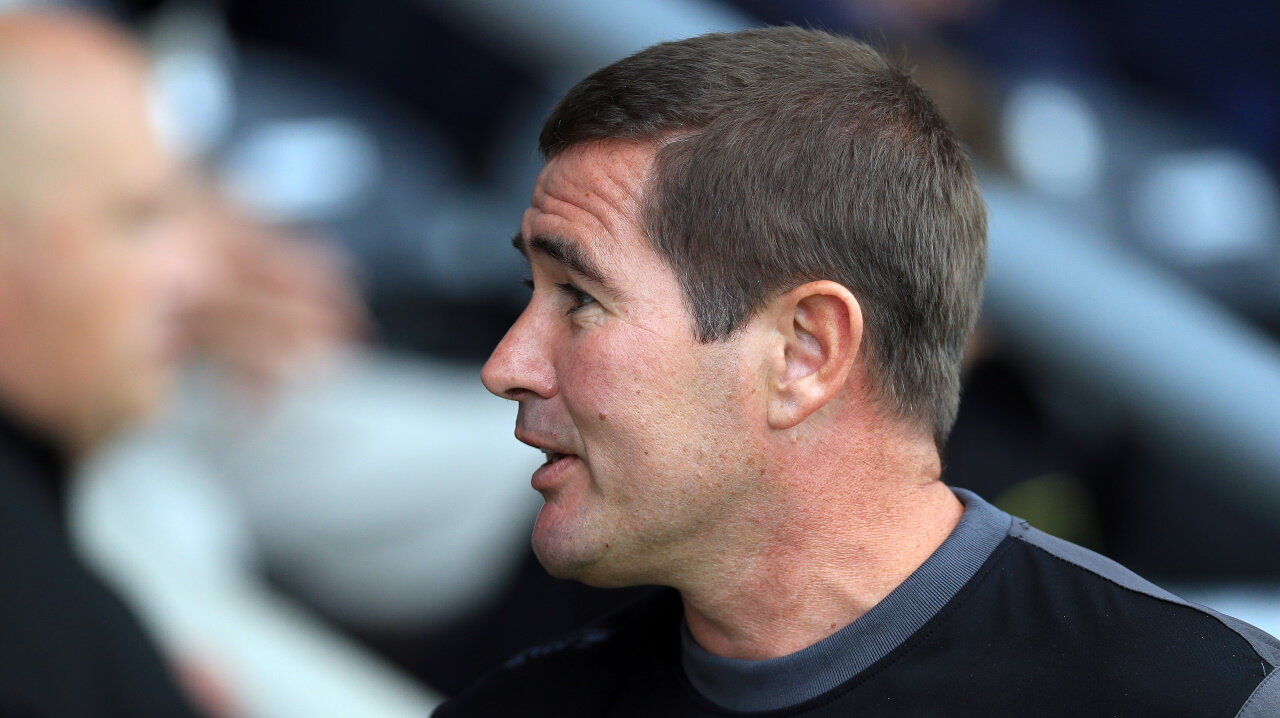 Various statistics point to a home win for the Stags in their League Two playoff semi-final first leg, says Ian Lamont, who finds best value in the “to score at any time” market…

“However, even more pertinent statistics in the home team’s favour are that they have the season’s second best home record, with 15 wins, four draws and four defeats. They need to make home advantage count, because they have a relatively poor away record.”

Cobblers need to pick themselves up fast

Managers are fond of saying the table doesn’t lie at the end of the season. Jon Brady might argue against that, after winning on the final day only to be deposed from automatic promotion by an astonishing scoreline elsewhere: Bristol Rovers’ 7-0 win over Scunthorpe.

The Cobblers have contacted the EFL about Scunthorpe’s line-up, which included seven teenagers but only three changes from their previous game. No complaint has been made, chairman Kelvin Thomas insisting his comments to the EFL were about the “competition going forward”.

Nonetheless, the hullabaloo of the freak result is a pointless distraction from the task now in front of Northampton. Which is to pick themselves up, having thought that any sort of win at Barrow would earn them automatic promotion. The Sixfields side have been hovering around the top three all season..

Mansfield, meanwhile, won their first two games of the season, but then didn’t take another victory until the very end of October, when they were second bottom. Suffering with Covid related absences plus injuries, they then managed to haul themselves into the promotion picture. Nigel Clough is delighted with how their “rollercoaster” season has turned out.

While the Stags’ run-in was not exceptional – just four wins, plus three draws, from their final 10 League Two games – Clough’s men are justifiably the shorter price in the match winner market at 2.265/4.

That’s just on Opta statistics: both league fixtures this season were won by the home side – Mansfield beating Northampton only in April, 1-0; they haven’t lost at home to the Cobblers since May 2004; the visitors are winless in eight at Field Mill, failing to score in half of those matches.

But is it telling that Rhys Oates, their top scorer, has only nine strikes this season? Opta say this makes the Stags the only side in the League Two play-offs not to have a player score 10 or more. There was me thinking that Northampton’s “low” score of 60 goals, compared to their three rivals having 67-77, would prove significant. Sam Hoskins (13 goals) and Mitch Pinnock (9) would love to have netted that one extra to have given them automatic promotion.

Northampton are – in some senses – a big price at 3.9 to win, with the draw at 3.412/5. The visitors won four of their final unbeaten six games, losing just twice in a 10-game run-in when they picked up 20 points.

However, even more pertinent statistics in the home team’s favour are that they have the season’s second best home record, with 15 wins, four draws and four defeats. That’s only relevant for the first leg, though, and they need to make home advantage count. Their away record is far worse than their three play-off rivals, with only seven wins on their travels compared to 10-13 by the other three.

Northampton have a decent away record – 10 wins and six draws – but Mansfield’s home goal difference (40-24) is, for me, significant.

I seem to remember completely dousing expectations in the 2019-20 play-off final that Northampton, then managed by Keith Curle, could win. Well, I have learned my lesson: it has not always seemed obvious that the Cobblers would score this season, making them a tricky team to tip, sometimes being short odds.

After new year’s day, for example, they netted just four times in 10 games, if you take out a 3-0 home win over Colchester. Yet in the final five matches of the season they busted the net 13 times. Which will turn up on Saturday, Jekyll or Hyde?

Opta tell us that no side has scored more goals from set pieces (excluding penalties) this season than Northampton. They have 26 – from free kicks and corners, it seems. Towering headers from defenders Fraser Horsfall (9) or Jon Guthrie (8) perhaps? Mansfield, however, are not far behind with 22.

It seems to me both teams will fancy their chances of scoring – especially Northampton after racing to a 4-0 half-time lead at Leyton Orient the other week. The price on both teams scoring is worth taking at 2.111/10.

More precisely than that though, I’m going for a 2-1 Mansfield win in the correct score market. I don’t think there will be a huge margin between the sides but I think both have reason or recent form to go for the win.

Who will score though? Neither side have a 20-goal man. Northampton sneak into the category of having a player with more than 10 goals thanks to Sam Hoskins (13). Midfielder Mitch Pinnock (9) is not far behind, with defenders Guthrie and Horsfall chipping in. Midfielder Paul Lewis has six, too.

Similarly, Clough’s men have a string of players who contribute regularly behind Oates’ nine. Strikers Jordan Bowery (8) and Oli Hawkins (7) are closely matched to their midfielders Stephen McLaughlin (7) and Matthew Longstaff (6).

With so many options, it is worth looking past the “first goalscorer” market and heading for “to score at any time”, on sportsbook. Pinnock attracts at 4-1, for two reasons. Not only is the midfielder in a good habit, having scored in two of Northampton’s last three games, his price is therefore more enticing than Hoskins at 5-2.

For the Stags, Longstaff’s price of 6-1 does seem long. His goal tally has come in just 16 games and he has netted three in the past six matches. Surely, had he served the whole season on loan from Newcastle, he would have struck double figures by now. Take the hint.