Saturday Football Cheat Sheet: All the best bets in one place 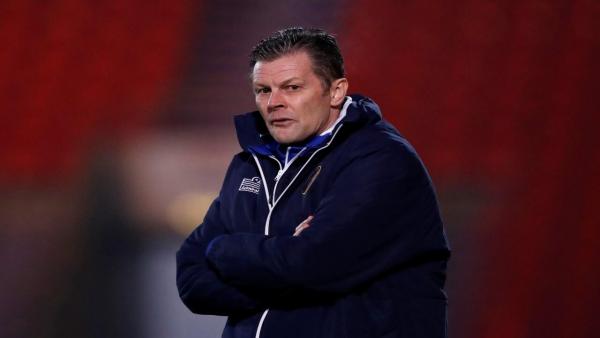 United have arguably been the Championship’s biggest underachievers. However, the Blades are beginning to find form…

We should see a lively contest when 10th-placed Luton host Blackburn, currently second in the Championship, on Saturday afternoon.

Jack Critchley says: “Rovers have been in terrific form this season and sit just five points off top spot.

“Although the absence of Ben Brereton-Diaz is an obvious concern, Rovers do still have plenty of firepower within their squad with Monday’s hero Sam Gallagher and loanee Reda Khadra likely to lead the line.

“The visitors have kept three clean sheets in their last four away matches, however, they looked shaky at the back against Hull and with Luton having netted in six of their last seven home fixtures, there should be goals at both ends of the pitch.”

Pandora Hughes landed a 10/1 multiple last Saturday and she’s banking on Millwall earning a point to kick off this weekend’s treble. Read the article to find out about the other legs in the bet…

Pandora says: “Both managers go into this game needing a win to ease some of the pressure they are under, but they may both be disappointed.

“Gary Rowett and Valerien Ismael are feeling the heat with Millwall languishing in the bottom half of the Championship and Albion just about hanging onto a play-off spot. But wins have been thin on the ground for both teams of late. The Baggies have won three of their last eleven and Millwall are 0 from 3 in 2022.

“Given their respective styles of play, this could be a pretty ugly game to sit through. The visitors have not scored in any of their last three away fixtures in the league, while the home side are barely managing one goal a game. A tense and scrappy encounter is the likely outcome and a point apiece the best bet.”

Draws have been common place at Plough Lane this season and our League One expert makes the case for backing another on Saturday.

Alan Dudman says: “Shrewsbury hardly win away from home, and their record on the road is W1 D4 L9. Between them in their respective previous five matches, all of them have hit the Under 2.5 Goals target, so with a 10/10 over those games, I thought the price would be shorter than 1.774/5. Using the 0-0 Correct Score trade from 10.09/1 should present a few chances as the Dons are averaging just 0.35 goals in the first-half in all of their matches.

“AFC Wimbledon have only won one of their 14 Football League matches against Shrewsbury (D6 L7), winning 3-1 at home in May 2012, so that’s another stat onside for the outright draw bet.

The top two meet at Prenton Park on Saturday afternoon and our League Two specialist thinks it will end honours even.

Ian Lamont says: “Micky Mellon’s Tranmere have conceded just six goals and won 10 matches at Prenton Park, the first club in the division to reach double figures at home. Opta point out that the six goals is an EFL best this season. Rob Edwards’ visitors have a title in their grasp, partly built on a huge 28 goals on their travels…

“Forest Green have an abundance of goals in their side, Jamille Matt (16 – matching last season’s career best, say Opta) and Matt Stevens (15, rewarded with a new contract) helping them march to the top of the league with three fifths of the team’s goals. They are now unbeaten in 14 games, winning nine, and with four clean sheets from the past five games.

“They might have to be satisfied with a fourth goalless draw of the season, and Tranmere a third. Or at least, they are likely to share the points.”

This encounter between hosts Cameroon and debutants Gambia promises to be one of the most absorbing games of the competition so far.

James Eastham says: “supporting Gambia in some way is a smart way to play given how they’ve performed at the finals.

“Gambia picked up seven points from three games in the group stage, securing two 1-0 wins and drawing 1-1. Their solid defensive performances continued as they beat Guinea 1-0 in the Last 16 stage thanks to a Musa Barrow winner.

“Cameroon have showcased some tremendous attacking firepower at the finals – Vincent Aboubakar is the tournament’s six-goal top scorer – but Gambia’s will be the meanest defence they have faced so far.

“Cameroon are a short-priced 1.68/13 to win and there’s actually more appeal in backing Gambia on the Asian Handicap.”

Mark O’Haire says: “Peterborough and Sheffield United have crossed swords 11 times in league action since 2009/10 with the Blades enjoying a W7-D1-L3 supremacy. That includes three successive victories over Posh, including a 6-2 thrashing at Bramall Lane in September. The visitors also boast a W3-D1-L0 return from their most recent four trips to the Weston Homes Stadium.

“Peterborough have collected 80% of their points tally and scored 63% of their overall goal output on home soil this season (W4-D4-L4). Posh have suffered a sole reverse by more than a one-goal margin at the Weston Homes Stadium yet home Expected Points (xP) and Expected Goals (xG) rankings still rate Darren Ferguson’s side amongst the bottom-seven.

“United have arguably been the Championship’s biggest underachievers. However, the Blades are beginning to find form. Expected Points (xP) ratings suggest the hosts have been the sixth best team in the division and the guests have claimed W5-D2-L1 since November’s international break, as well as W7-D3-L2 when taking on the bottom-10.”