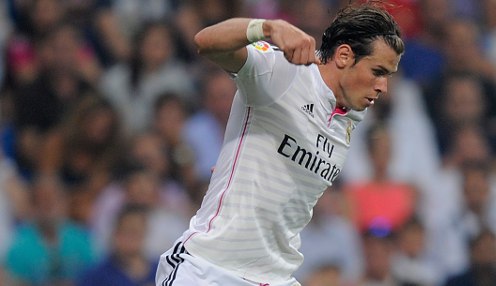 Gareth Bale’s agent says there is no truth to the rumours the Wales international will look to leave Real Madrid come the end of the season.

The 25-year-old has come in for criticism for his performances this term from supporters and the Spanish press, with his most recent showing against Juventus being heavily scrutinised.

Real head coach Carlo Ancelotti leapt to Bale’s defence after the 2-1 Champions League semi-final first leg loss to Juve, claiming he was tired having only just returned from injury.

Bale has recently missed some game time due to a calf injury, making his comeback last weekend in the 3-2 victory over Sevilla.

The former Tottenham winger has found himself linked with a return to England as a result of his form this season, with Real reportedly ready to let him leave should someone repay the £86million they paid Spurs for him in 2013.

However, his agent Jonathan Barnett says there is no truth to the rumours suggesting Bale could leave, claiming he could not find a better club.

“Why would he look to go elsewhere?” said Barnett.

“Real Madrid are the number one club in the world. There’s always interest in him – but as far as we are concerned he’ll be at Real Madrid next summer.”

Bale’s below-par showing against Juventus could cost him his place in the Real side when they face Valencia, who are looking to secure a Champions League qualification spot this season.