Benzema expected to stay with Real 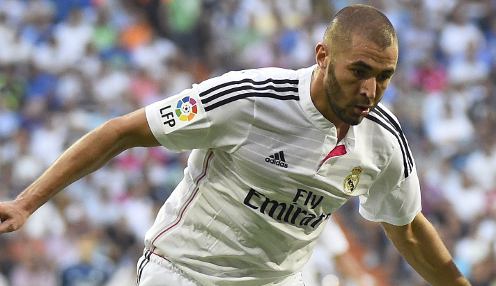 Real Madrid ace Karim Benzema is certain to stay at the Bernabeu this summer according to the France international striker’s agent, Karim Djaziri.

The 27-year-old former Lyon frontman has been heavily linked with a move to the Premier League after spending six years at the Bernabeu, but Djaziri says that his client is going nowhere and will stay to fight for his future with Real.

Karim is not looking to move anywhere this summer.

Djaziri told Sky Sports News: “Karim is very happy at Real Madrid and he will be a Real Madrid player by the end of this transfer window, 1,000 per cent.

“Karim is not looking to move anywhere this summer.”

Defender Sergio Ramos is also expected to remain with Real, with new head coach Rafa Benitez adding: “Sergio Ramos is our player and he is a key player for us. I would like to see him at the beginning of the season playing for us. I think he will be crucial for us during the season.

“I am 100 per cent. I insist it’s clear for me and for the club that Sergio will be here.”

Meanwhile, Barcelona president Josep Bartomeu has moved to play down talk of an imminent exit from the Camp Nou for Spain forward Pedro, who is also rumoured to be attracting interest from England.

Bartomeu says no club have come close to meeting the player’s £22million buy-out clause, so no move is currently on the cards.

He told reporters: “We have not received any offers for any player.

“I refer back to what head coach Luis Enrique said, if someone wants to sign our players then the release clause must be met. So far, no-one has made an offer, so we are calm.”