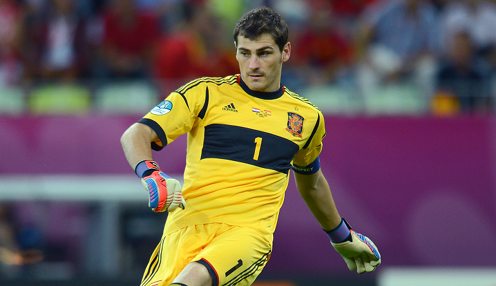 Veteran goalkeeper Iker Casillas says that the desire shown by FC Porto was key to him agreeing to end his illustrious career with Real Madrid.

I’ll do all I can to win every possible trophy with Porto.

Casillas made more than 700 appearances for Real in all competitions, while also winning 162 caps for Spain, helping them to both European Championship and World Cup glory.

However, he is now heading for a new challenge, with Casillas admitting that the strength of the interest shown by Porto being key to his decision.

He said at a farewell press conference at the Bernabeu: “I’m joining Porto for two reasons.

“The first is desire on the Portuguese club’s part to sign me. The second is the affection that I’ve received from them in recent days.

“I’m very happy and pleased by this interest and I’ll do all I can to win every possible trophy with Porto.”

Porto finished second in the Portuguese top-flight last season behind champions Benfica, while they failed to make it past the group stage of the Champions League after finishing in third place in Pool G.

Subsequently they made it through to the quarter-finals of the Europa League, where they were beaten 4-2 on aggregate by eventual winners Sevilla.