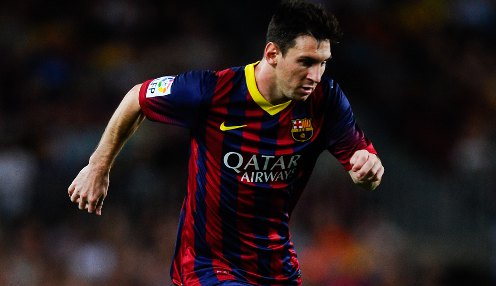 Luis Enrique has said his title-winning Barcelona players are determined to round off the season by targeting the La Liga, Champions League and Copa del Rey treble.

The Catalan capital giants secured a 1-0 win against Atletico Madrid at Vicente Calderon on Sunday, thanks to a Lionel Messi goal, to claim a 23rd Spanish title. Barca have a four-point lead over Real Madrid with just one game left of the domestic campaign, so cannot be caught be their bitter rivals.

“We have two crucial games to play and we must show we are better than our opponents.”

Barcelona will play Athletic Club in the Copa del Rey final at the end of this month before facing Juventus in June’s Champions League final.

Enrique has steered Barca to 29 wins and just two defeats in 32 matches across all competitions in his first full season in charge at Camp Nou, but now wants his players to go all the way.

“We have two crucial games to play and we must show we are better than our opponents,” he is quoted as saying by AS.

“We still have two titles to play for but we have consistency.

“I do not mind how we celebrate the League – the club will decide. We will have a few days to rest and then prepare for the Copa [on 30th May].

“The Copa is very special because we are playing a final in Camp Nou, the most beautiful stadium in the world. The [league and cup] double would be a wonderful thing.”

Barcelona face Athletic Club on 30th May in the final of the King’s Cup and are quoted 1.22 in the match betting. The draw outcome is priced 6.00 and Athletic Club are available to back at 12.00.