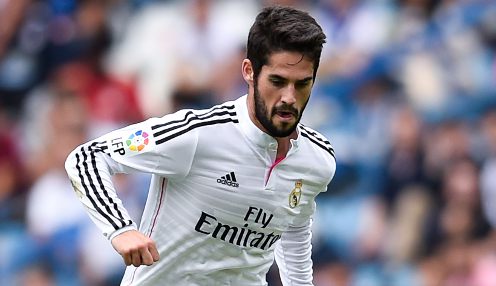 Isco admits defeat to Athletic Bilbao has left Real Madrid with a “bad feeling in our stomachs” but he is convinced they can win the La Liga title.

Los Blancos had the chance to go five points clear on Saturday but Bilbao secured a 1-0 win, meaning Barcelona could replace Real as the league leaders if they beat Rayo Vallecano on Sunday.

Real, who were held by Villarreal last weekend, still have to travel to Barcelona and Isco feels that fixture could well prove “decisive” in the battle for the Spanish league title.

“We leave here with a bad feeling in our stomachs because this is now two straight games without a win and that is a real shame,” he told reporters.

“Lately we have been lacking a bit of freshness up front and that is not normal for Real Madrid, but it is a matter of phases.

“The league is difficult but it is long and we’ll go to Camp Nou in a couple of weeks with all the enthusiasm in the world. It is a decisive match.

“The team is physically well, so that’s not an excuse. Things are a little bad now but this happens from time to time.

“Teams go up and down and changing the situation depends on the players. Our duty is to go back to the way we were playing before.”

Real host Schalke in the Champions League on Tuesday and are well placed to qualify for the quarter finals as they have a 2-0 lead from the first leg in Germany.

Real are 3.75 to win the Champions League outright, while Barcelona can be backed at 4.33.