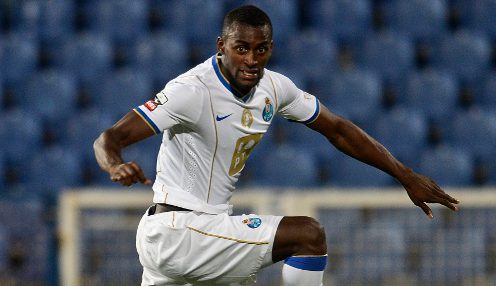 Colombia striker Jackson Martinez has confirmed he will leave FC Porto this summer to join Atletico Madrid in La Liga on a four-year contract.

The news comes after club president Pinto da Costa revealed last week that the 28-year-old had agreed to join AC Milan after the Serie A giants had activated a 35million euros release clause to sign him.

“I have had great progression, always learning, always growing and now I’m going to Atletico, where I hope to help the team and continue to grow as a player.”

Martinez has scored over 20 goals in the top flight in each of his three seasons so far with the Portuguese giants and was a target this summer for a number of European clubs.

Speaking after his country’s Copa America quarter-final defeat to Argentina, Martinez told reporters: “I can confirm I am going to Atletico.

“I am going there for four years, but I still don’t know when I will be introduced.

“I have had great progression, always learning, always growing and now I’m going to Atletico, where I hope to help the team and continue to grow as a player.

“I hope to be another Colombian as successful as Falcao was there.”

Capital club El Atleti had been in the market to sign Argentina international Carlos Tevez as a replacement for Croatia striker Mario Mandzukic, who has moved in the opposite direction to join Scudetto winners Juventus in Italy’s Serie A.

Former Chiapas and Medellin targetman Martinez, who made his first start of the competition as Colombia were beaten by Argentina on penalties in the quarter-finals of the Copa America on Friday, contributed 31 goals in all competitions last term.

Diego Simeone’s men are currently priced 15.00 in the La Liga outright betting and 17.00 to win next season’s Champions League.