Moyes to see out Sociedad contract 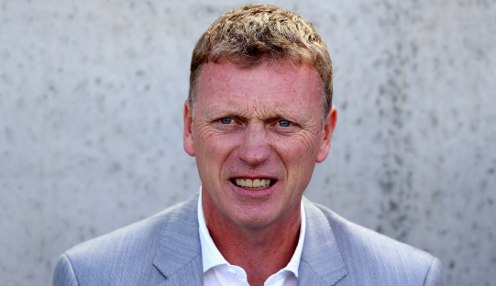 Real Sociedad president Jokin Aperribay insists there is no chance of David Moyes leaving the club and returning to England this summer.

The La Liga side have also cooled reports suggesting they are interested in signing Burnley forward Danny Ings.

Former Everton and Manchester United boss Moyes has been in charge of Sociedad for the last seven months and guided the club to a safe 12th-placed finish in the season just finished.

He has been linked with the managerial vacancies at West Ham United and Sunderland but Aperribay says Moyes, who is under contract with Sociedad until the end of next season, is going nowhere.

He has been planning for next season since the month of January.

Aperribay said: “Moyes has never spoken to us about this. If anything, we have heard these rumours from the media. He has never suggested the possibility to go back to England.

“We made an important structural decision by bringing in David Moyes last year. He has been planning for next season since the month of January.”

Meanwhile, Aperribay said of the reports linking Sociedad with Ings, who is also interesting Liverpool, Tottenham and Manchester United after scoring 11 Premier League goals for Burnley this season: “We have monitored him since the winter transfer market but we have not spoken to Ings’ entourage for almost a month now.

“I don’t think he’s an easy candidate to arrive to La Real. He has a lot of offers from England and we will have to wait to see what he decides. But it looks highly unlikely that he will join us.”