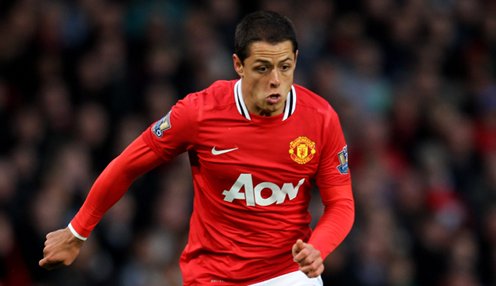 Orlando City have confirmed they hope to tempt Javier Hernandez to the MLS when his season-long loan ends at Real Madrid.

The Mexico striker could be sold by parent club Manchester United in the summer given that he only has one year left on his contract and has been given no assurances he has a future at Old Trafford.

“He is a quality player and I don’t think there is a team in the MLS that wouldn’t want him, we are included in that. We will see of it comes to fruition; I will be delighted if it does.”

The La Liga capital giants have the option to turn his loan into a permanent contract at the end of the season, but new MLS franchise Orlando City hope to pull off an audacious signing.

The Citrus Bowl club say they want to strengthen their attacking options in the Eastern Conference by luring the 26-year-old to Florida.

“If good players want to come to Orlando, we will always be willing to talk to them,” Orlando general manager Paul McDonough told MLSsoccer.com. “I think he is the type of the player that would do well for many teams in the league.

“For us specifically, I believe he could come in and score a lot of goals, and help with all the opportunities we create throughout the course of the game.”

Lions coach Adrian Heath added: “I think that Chicharito, as he has proved at Real Madrid, would fit into our team very nicely.

“He is a quality player and I don’t think there is a team in the MLS that wouldn’t want him, we are included in that. We will see of it comes to fruition; I will be delighted if it does.”

Orlando have won two of their first 10 MLS matches and host reigning champions Los Angeles Galaxy on Sunday. They are quoted 2.62 in the match betting and the draw outcome is quoted 3.30. The visitors are available to back in the 90 minutes betting at 2.60.