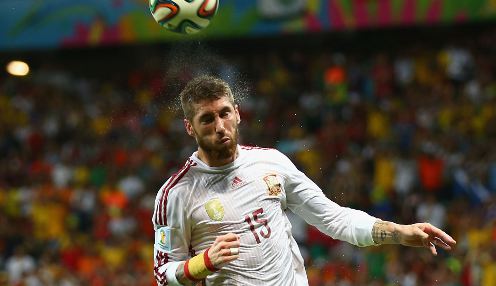 Sergio Ramos has urged Real Madrid to stick with under-pressure coach Carlo Ancelotti and insisted the players will have no say on his future.

The 55-year-old guided Los Blancos to ‘La Decima’ last season – a 10th European title – but a semi-final exit against Juventus on Wednesday means the capital giants will not become the first club to successfully defend the Champions League.

“The stats back him up. Other people have to weigh things up and draw conclusions. If Real Madrid ruled Europe, part of the reason was Ancelotti.”

They also need to win their remaining games in the Spanish top flight and hope for a collapse from leaders Barcelona if they are to overhaul Luis Enrique’s side. However, the Catalans have lost just four times in La Liga this season and have won 11 of their last 12 outings.

Ancelotti has yet to taste title success in Spain and his tenure has come under major scrutiny, but Spain defender Ramos, speaking ahead of Sunday’s trip to Power8 Stadium to take on Espanyol, said he had the players’ backing.

He told Marca: “It’s not up to us if Ancelotti stays, although no one has spoken more highly of our manager than I have. But it isn’t up to me.”

Ramos added: “The stats back him up. Other people have to weigh things up and draw conclusions.

“If Real Madrid ruled Europe, part of the reason was Ancelotti.”

Ramos faces a fitness test to determine whether he will play against Espanyol and could be replaced by Pepe, who is likely to start alongside Raphael Varane.

Sergio Gonzalez’s Espanyol have lost only one of their last 10 games and are currently priced 6.50 in the match betting. The draw outcome is quoted 4.33 and Real Madrid are on offer at 1.50.