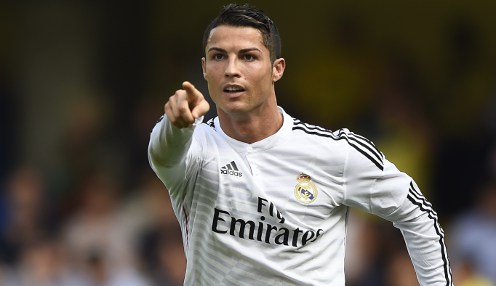 Cristiano Ronaldo has dismissed recent rumours suggesting that he is unhappy at Real Madrid and could contemplate a massive summer move away from the Bernabeu.

The 30-year-old Portugal international forward was reported to have been unsettled by the appointment of Rafa Benitez as the new head coach at Real, but Roanldo says that any such suggestions are totally without foundation.

Real Madrid and I are very happy with each other.

He is quoted as telling A Bola: “I haven’t spoken to the media lately. I’ve made an exception for A Bola just to say that the news with the intention of creating a conflict between Real Madrid and I is absolutely false.

“I’m very happy at the world’s biggest and most-supported club and confident that next season will be full of success.

“I’d sincerely ask the press to stop with the false news and afford me a little peace. Real Madrid and I are very happy with each other.”

Ronaldo joined Real in the summer of 2009, with a fee of around £80million seeing him head to the Spanish capital from Manchester United.

He has since helped the club win La Liga in 2012, the Copa del Rey on two occasions and the Champions League in 2014, while also claiming the FIFA Ballon d’Or in both 2013 and 2014 and scoring 313 goals in all competitions.

Real can be backed at 2.62 to win La Liga next season, while they are 6.50 to triumph in the Champions League, with holders Barcelona 4.33.