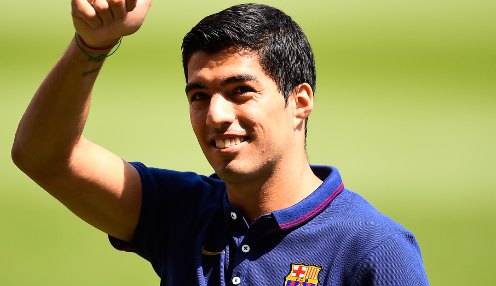 Luis Suarez hopes his goal in Sunday’s 2-1 victory for Barcelona against Real Madrid in ‘El Clasico’ will be crucial in the title run-in.

The 28-year-old former Liverpool and Ajax striker scored the winning goal in the 55th minute of the Nou Camp clash after Cristiano Ronaldo had cancelled out Jeremy Mathieu’s opener.

The Uruguay international, who joined Barca from Liverpool for £75million last summer, now hopes that his side, who have opened up a four-point lead at the top of the table, can go on and clinch the title. They are available at 1.25 to do so.

We knew this was a really important game if we wanted to stay top of the league and increase our advantage.

Suarez has already scored 14 goals in all competitions this season, including a vital brace in last month’s 2-1 Champions League last-16 first leg success at Manchester City. Barcelona are now 3.50 to go on and win the Champions League outright this season.

“This is the most important goal I’ve scored for Barca and it has an extra significance because of the rival we were playing against,” said Suarez.

“I just tried to take advantage of the space between defenders and be as fast as I could so I didn’t give the centre-backs any time to recover. Luckily it went in.

“The dressing room is very happy, we knew this was a really important game if we wanted to stay top of the league and increase our advantage.”