Turan set to announce next move 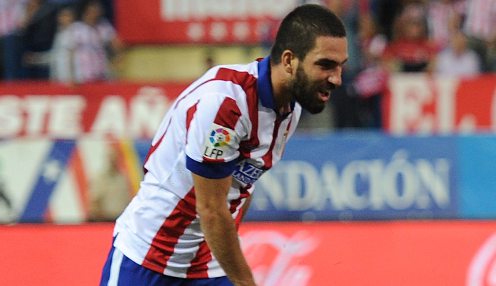 Atletico Madrid’s Turkey international midfielder Arda Turan is set to announce where he will play his football next season by the end of the week.

The 28-year-old is reported to be on the wanted lists of several top clubs across Europe, with the likes of Barcelona, Manchester United, Chelsea, AC Milan and Paris St-Germain all rumoured to be interested.

Now Turan’s agent, Ahmet Bulut, says his client has made his mind up and will announce his future plans in the not-too-distant future.

Bulut told NTVSpor: “A lot of things about his transfer are being published, but not everything they say is true.

“We want to clarify that at this time there is a lot of pressure about this situation, but we don’t want to make a formal statement about his destination before he signs. That being said, in the next four days Arda will decide which team he will play for next season.

“Our decision really surprised Atletico Madrid. They don’t want Arda to leave and were persistent, but in the end they respected and accepted our decision.

“But of course, nothing is completely done until he signs. However, we made sure the message was clear that we wanted to leave Atletico.”

Turan helped Atletico win La Liga in 2013/14, while they also reached the Champions League final in the same season.

Last season they finished in in third place in La Liga, while they were knocked out of the Champions League at the quarter-final stage by city rivals Real.