Win at all costs for relieved Enrique 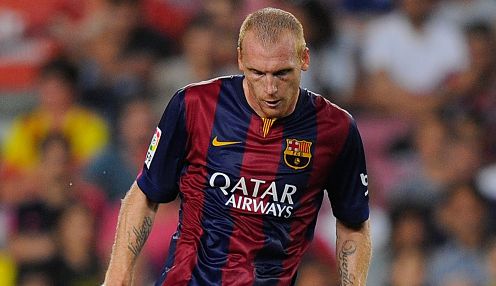 Luis Enrique said he felt Barcelona had proved they can win ugly by grinding out a hard-fought 1-0 success at Celta Vigo in La Liga on Sunday.

The pressure was on the Catalan capital giants to respond to a 9-1 hammering by bitter rivals Real Madrid of Granada which had seen their lead cut at the top in Spain to just one point.

“It has cost a lot. We believe that they are important points because of the difficulty [of the game].”

Celta created a shock huge shock when they beat the title-chasers in the reverse fixture at Camp Nou in November but there was to be no repeat at Estadio de Balaidos as Jeremy Mathieu nodded in veteran playmaker Xavi’s free-kick in the 73rd minute for the match-winner.

The victory was Barcelona’s fifth straight in the Spanish top flight since losing 1-0 to Malaga at the end of February – they have lost four of 29 games so far this season – but it was the manner of the win which caught Enrique’s eye.

The 44-year-old agreed it was not a vintage performance against his old club but was satisfied his players had come through a stiff test to take maximum points.

“It has cost a lot,” the coach told reporters. “We believe that they are important points because of the difficulty [of the game].

“To win this way reinforces the squad and prepares us for what’s left.”

Match-winner Mathieu added: “It was a difficult game, but sometimes matches are won with small details.

“Sometimes you have to suffer, but the three points are the most important thing.”

Barcelona are currently priced 1.25 in the La Liga outright betting and Real Madrid are quoted 4.00.