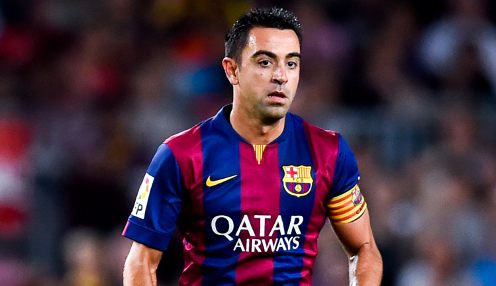 The highly-decorated midfielder won eight La Liga Primera titles as well as the Champions League four times in a trophy-laden spell with one-club Barcelona. He helped the Catalan capital giants sign off last season by winning a historic Treble.

“I want to win the title here and the Asian Champions League is also an exciting goal for me.”

The 35-year-old playmaker is also a World Cup and two-time European Championship winner with Spain.

Now comes the next stage of a glittering career and Xavi said he had no intention of merely seeing out the end of his playing days in the Stars League.

“I am very proud to be here,” he told reporters in a media conference on Thursday. “I have the excitement of a kid and I want to keep on winning titles.

“I know many players who have played here. Many legends have been telling me wonders about it and I know that it’s a competitive league.

“I want to win the title here and the Asian Champions League is also an exciting goal for me.”

Xavi won the Copa del Rey four times with Barca and was also a six-time winner of the Spanish Super Cup during a distinguished spell at Camp Nou.

He added: “I also want to share my knowledge of everything I learned at Barcelona. I want to bring all my Barca experience: the values, sacrifice, effort and humility.

“But this is a country where I can learn about football but also about culture, which will be enriching for me and my family.

“My contract with Al-Sadd is for two years and then I will be ambassador until 2022.”

Barcelona are currently priced 4.50 to win the Champions League next season and 1.72 to successfully defend their La Liga title.