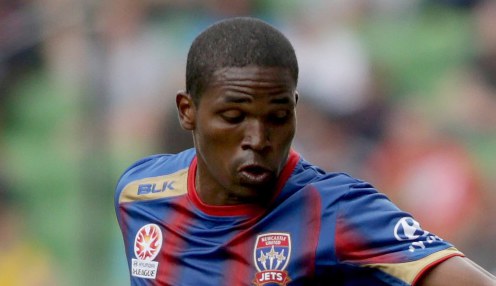 The curse of the A-League top spot struck again when leaders Melbourne Victory suffered the biggest shock defeat of the season as they lost 1-0 to bottom side Newcastle Jets.

The Jets had only won two of their 24 games this season ahead of the AAMI Park clash, and owned a goal difference some 52 worse than Victory.

However, the second half of this season has not only produced the tightest premiership race in league history, but also seen leaders suffer the jitters.

Since 2nd January, only once in 12 rounds has the team leading the table won as the curse has struck Perth Glory, Wellington Phoenix and now Victory.

Edson Montano’s second-half goal was enough to lift Newcastle off bottom spot and put the pressure back on Asian Champions League winners Western Sydney to avoid the ignominy of finishing last.

The visitors had just 40 per cent of the possession and their 54th-minute goal came from their only shot on goal in the match, but the only statistic that mattered was that Phil Stubbins’ side picked up the three points.

Enver Alivodic delivered a cross from the right after beating Daniel Georgievski and when Nick Ansell failed to clear, the ball fell for Montano to stab home past keeper Lawrence Thomas.

But the visitors could have taken the lead just before the break when Andrew Hoole’s cross from the left saw Alivodic head just wide. Then Mitch Cooper blasted over from Alivodic’s cross to ram home the message that Newcastle felt they could take something from the game.

Victory coach Kevin Muscat sent on Kosta Barbarouses in search of an equaliser, but though Finkler and Besart Berisha had several chances in the second half, they could not find a way through.