Sigmund: current Phoenix side ‘best ever’ 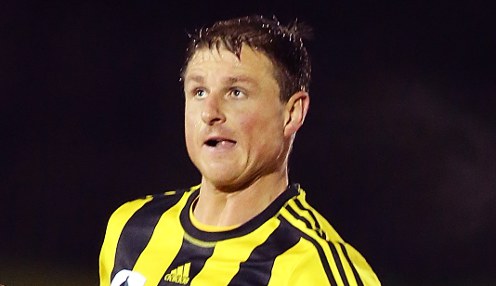 Benjamin Sigmund thinks Wellington can win the A-League Championship for the first time.

The 34-year-old says the current Phoenix side, who are 8.00 to win the Grand Final, is the best in the club’s history.

Given that he’s played in a team that reached the preliminary finals in 2010 and finished fourth in 2012, that is high praise indeed.

Sigmund says in his seven years with the New Zealand club, there has never been as much confidence and belief among the squad.

Now they have to channel those positives and overcome Melbourne City in Sunday’s elimination final at Westpac Stadium.

I’ve never felt like this before at a Phoenix team.

Ernie Merrick’s side, who were top of the table a month ago, finished 11 points ahead of City in the final regular season table and had a goal difference that was 15 better.

“I’ve never felt like this before at a Phoenix team,” said central defender Sigmund. “We’re a great side; we’ve got some great players and if everyone is on the same page come the weekend and wants to win, we can.

“Sometimes it’s not about individuals, it’s about the team wanting to roll up their sleeves and do that extra thing for the team to get us over the line.”

Wellington handed John van ‘t Schip’s side a 5-1 thrashing in November when Nathan Burns scored a hat-trick. Burns was named the Football Media Association player of the year this week, and Sigmund says he’s a key factor to the team’s success.

“We need him firing all guns blazing on Sunday,” he said. “I know he’ll be up for it; he’s a big game player.”

Sigmund, who missed training on Wednesday with a bug, has been given the all-clear to play in the elimination final.