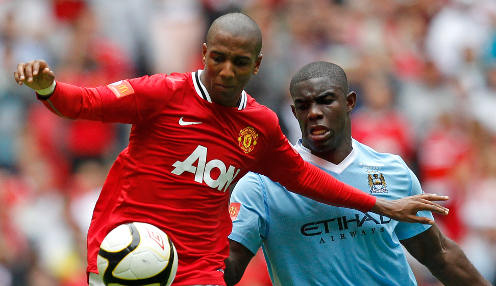 Defender Micah Richards has talked up his time at Manchester City as he prepares to move on to pastures new.

The 26-year-old is set to leave the Etihad Stadium as a free agent this summer, having joined the Citizens at the tender age of 14 from Oldham Athletic.

Richards is being monitored by a host of clubs but Aston Villa appear to be at the front of the queue to land the England international.

The utility player is looking forward to a fresh challenge but has spoken fondly of his time with City.

He said via social media: “I joined City when I was 14 and have been part of a brilliant period in the club’s history – winning our first league title in 44 years, winning the FA Cup, playing in the Champions League.

“The club, the manager, the staff who work behind the scenes, the players, but most importantly the fans – everyone – will always have a special place in my heart.

“City’s been like a family to me and I wish everyone the best of luck for next season and the coming years.”