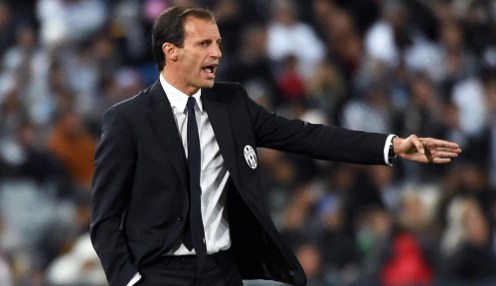 Massimiliano Allegri has urged his Juventus side to take the final step and beat Barcelona in the Champions League final in Berlin.

Allegri has revealed that the club’s aim at the start of the season was to reach the quarter-finals of European club football’s premier competition, but he now thinks they are good enough to complete a famous treble following their success in winning the Serie A title and the Coppa Italia.

“We started the season with an important objective – to get to the quarter-finals,” Allegri said. “Now we’ve got to the final and we have to be winners. We need to take the last step; that’s always hard, especially in a Champions League final.

We need to be very skilled but we need to recognise we’re not going to draw; we need to score.

“Messi, Neymar, Suarez, it’s the usual question since the semi-final – how do you stop them? We need to be very skilled but we need to recognise we’re not going to draw; we need to score.

“We need to be strong technically because they’re a technical team and attack is their best weapon so we need to be very, very aware of that and we need to stay focused for 90 minutes, right until the end.”

Barca are also looking to complete a treble after being crowned La Liga champions last month before beating Athletic Bilbao 3-1 in the Copa Del Rey final.

Juve can be backed at 6.00 to defeat Barcelona in 90 minutes in the Olympiastadion, while they are 23.00 to triumph after extra-time and 15.00 to lift the trophy following a penalty shootout.