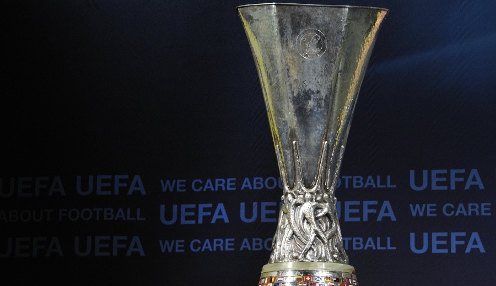 Last season’s winners Sevilla have been drawn against Zenit St Petersburg in the quarter-finals of this term’s Europa League.

Sevilla, who beat Benfica on penalties in last year’s final after the match had ended goalless, knocked Zenit out at this stage of the 2005/06 UEFA Cup and went on to lift the trophy.

Sevilla saw off Villarreal in an all-Spanish last-16 tie while Zenit edged to a 2-1 aggregate victory over Torino.

Dynamo Kiev, who knocked Everton out at the last-16 stage in impressive fashion, have been handed a difficult two-legged quarter-final against Fiorentina, who were too strong for Tottenham earlier in the competition.

La Viola secured a fine 3-0 win at Roma on Thursday as they beat the side from the Italian capital 4-1 on aggregate. Fiorentina are 6.50 to win the Europa League outright.

Belgian side Club Brugge will be confident of reaching the semi-finals after being paired with Dnipro. However, Club Brugge will need to be wary of the Ukrainian side as they edged past Ajax in the last-16.

Finally, Wolfsburg’s two games against Napoli look set to be tight. Wolfsburg have been in fine form in the Bundesliga of late and, after being beaten by Everton on two occasions in the group stage before Christmas, have gone from strength to strength in the Europa League and were too good for Inter Milan in the last round.

Napoli saw off Dynamo Moscow 3-1 on aggregate in the last-16 and are 5.50 to win the Europa League outright this season.

Matches to be played on 16th and 23rd April.